Access Denied
IMPORTANT! If you’re a store owner, please make sure you have Customer accounts enabled in your Store Admin, as you have customer based locks set up with EasyLockdown app. Enable Customer Accounts

Unless you've been living under a rock, you've surely noticed the massive boom in people rocking Crocs. To capture the hype of the beloved rubber clog, Crocs teamed up with renowned designer Salehe Bembury to create the Crocs Pollex Clog, a one-of-a-kind sneaker that has taken the sneaker community by storm.

A few colorways of the Salehe Bembury x Crocs Pollex Clogs have already dropped, and each has sold out in seconds, leaving sneakerheads scrambling to resale sites like StockX and GOAT to grab a pair. Some users have reported wait times over 500 minutes in virtual queues attempting to snag a pair of the Pollex Crocs on release date.

Let's talk a little about each colorway of the Salehe Bembury Crocs including rumored colorways, drop dates, and other important release info. 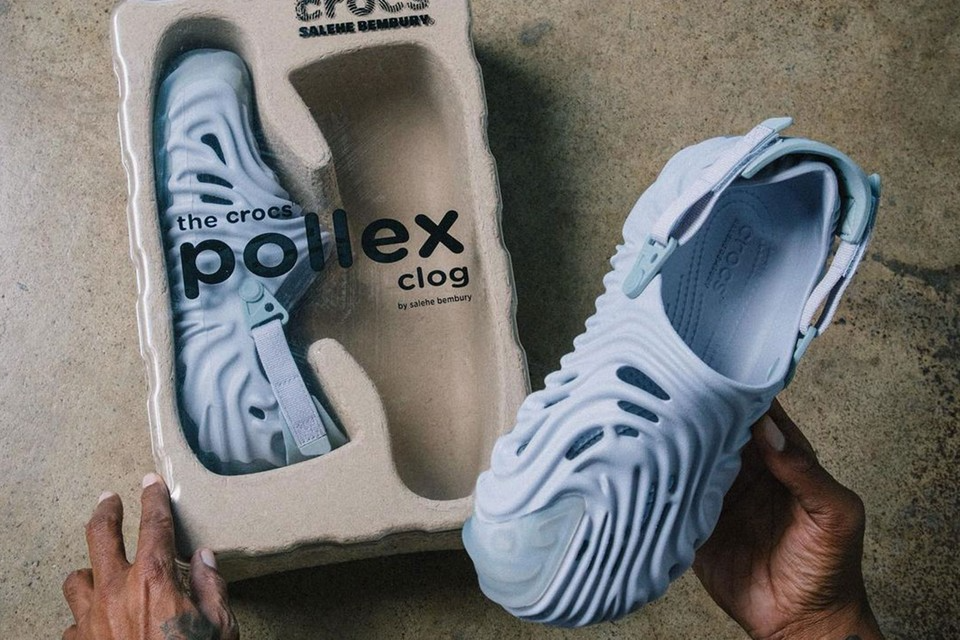 What is the Salehe Bembury Pollex Crocs?

According to Crocs, "the Crocs Pollex Clog by Salehe Bembury is an exploration of form and function that balances heritage with the most innovative mold in the shoe business. This is an entirely new direction for our Classic Clog, composed of 3 of Salehe’s signature fingerprints merged together, with dramatic concave ridges allowing for multi-directional traction."

One look at the Pollex Crocs by Salehe Bembury will leave you speechless. Right off the bat you're going to either love or hate them, and judging by the resale prices, most people are absolutely feeling these Pollex Crocs. 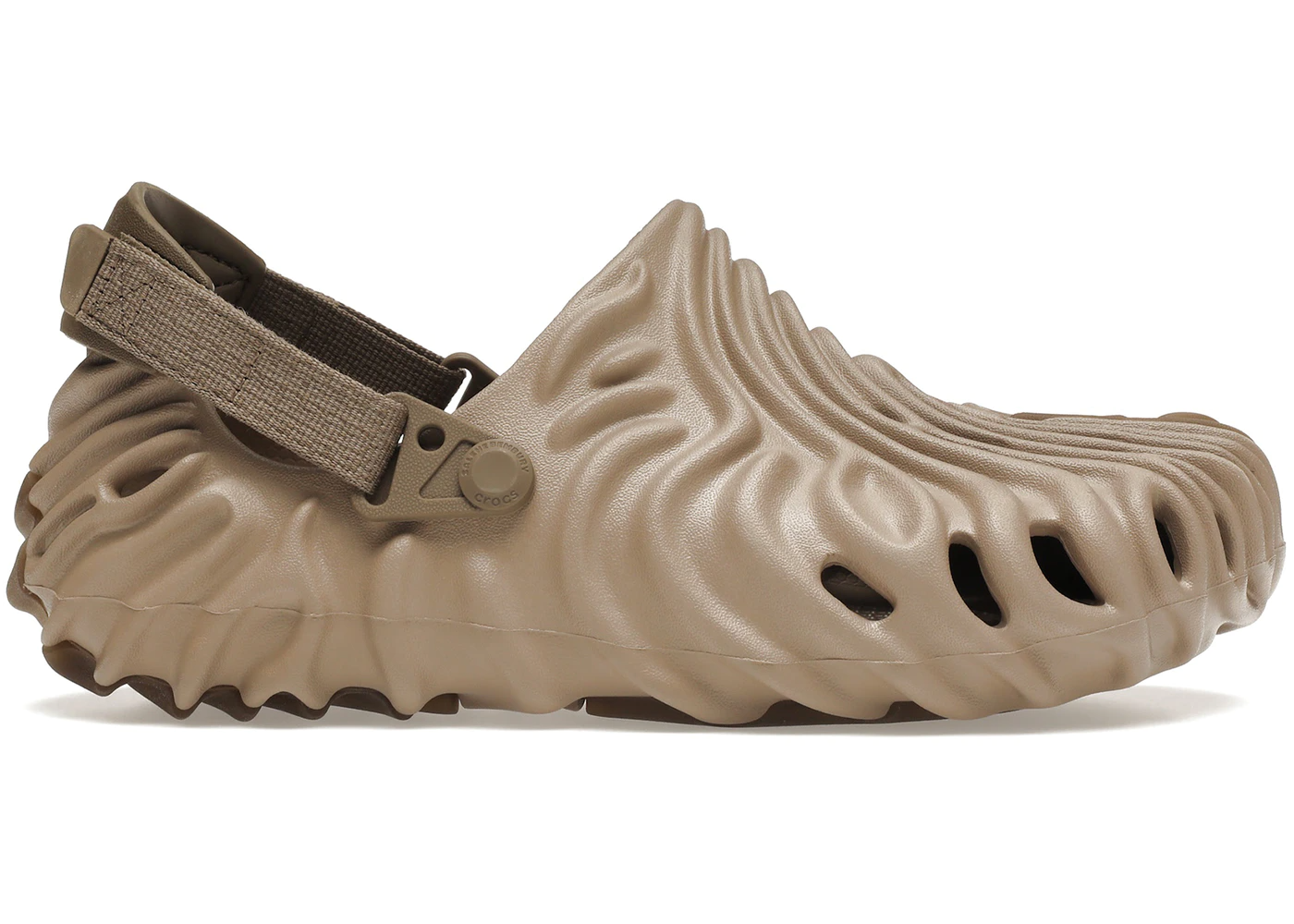 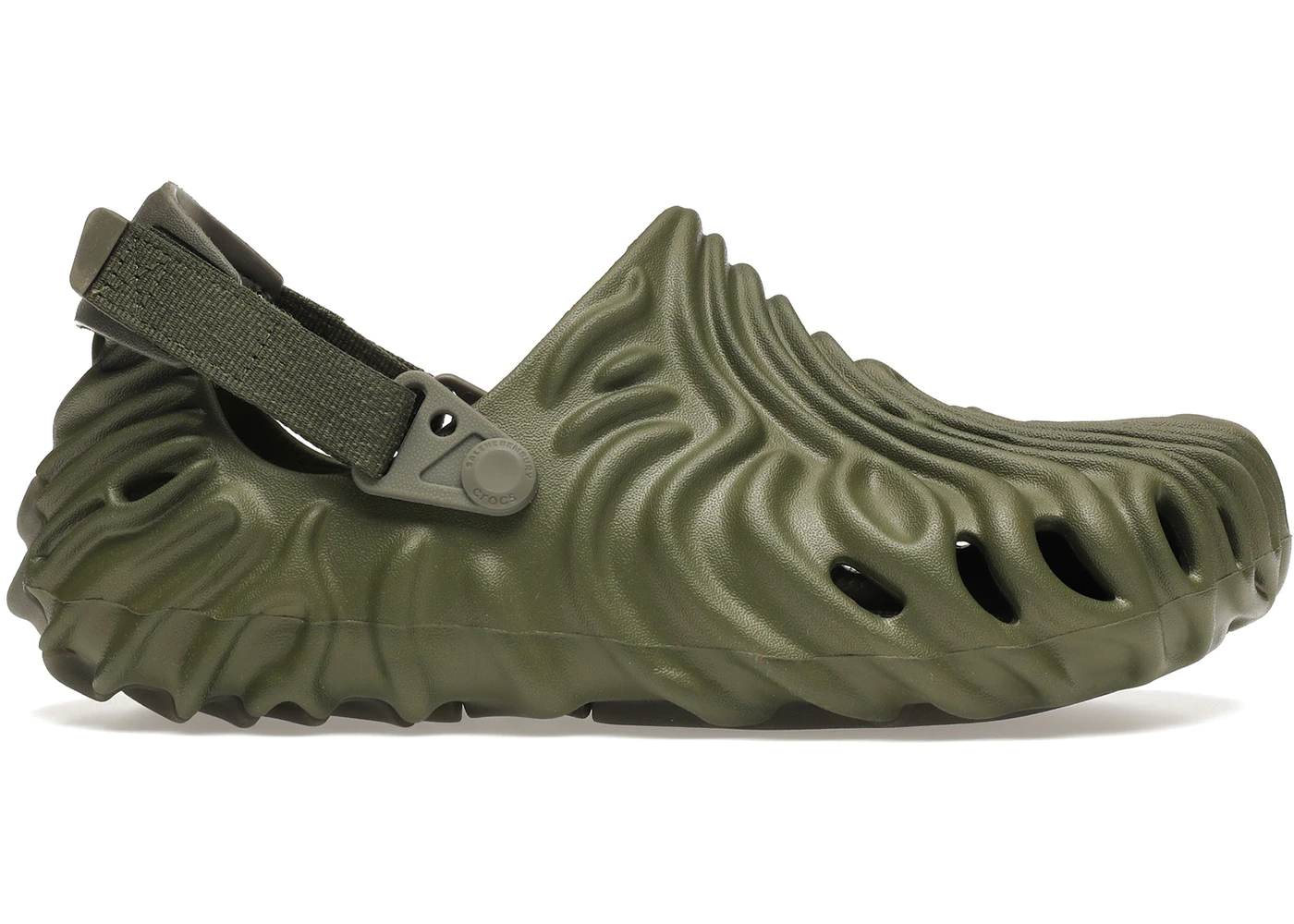 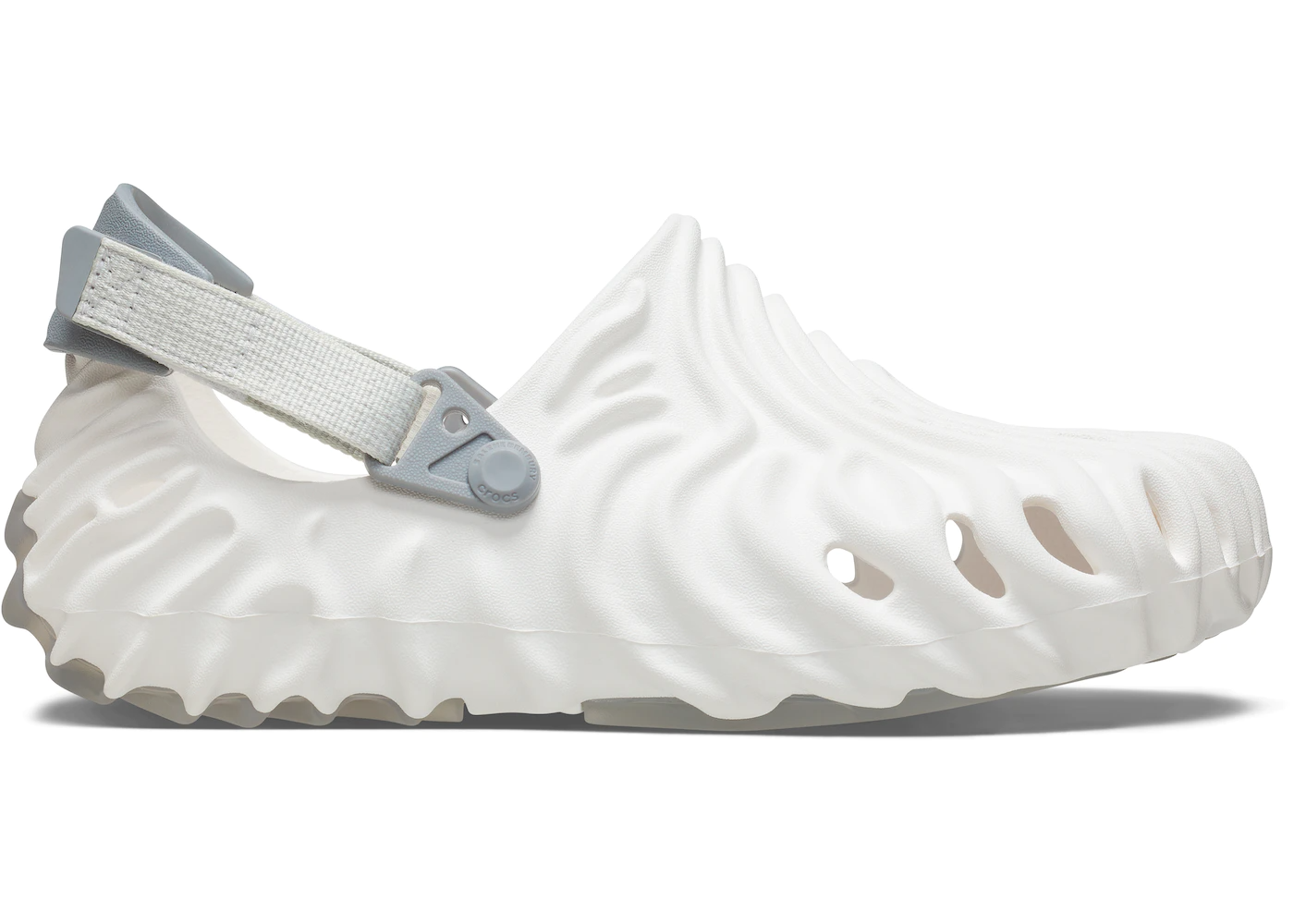 Release Date: Friends and Family Only. 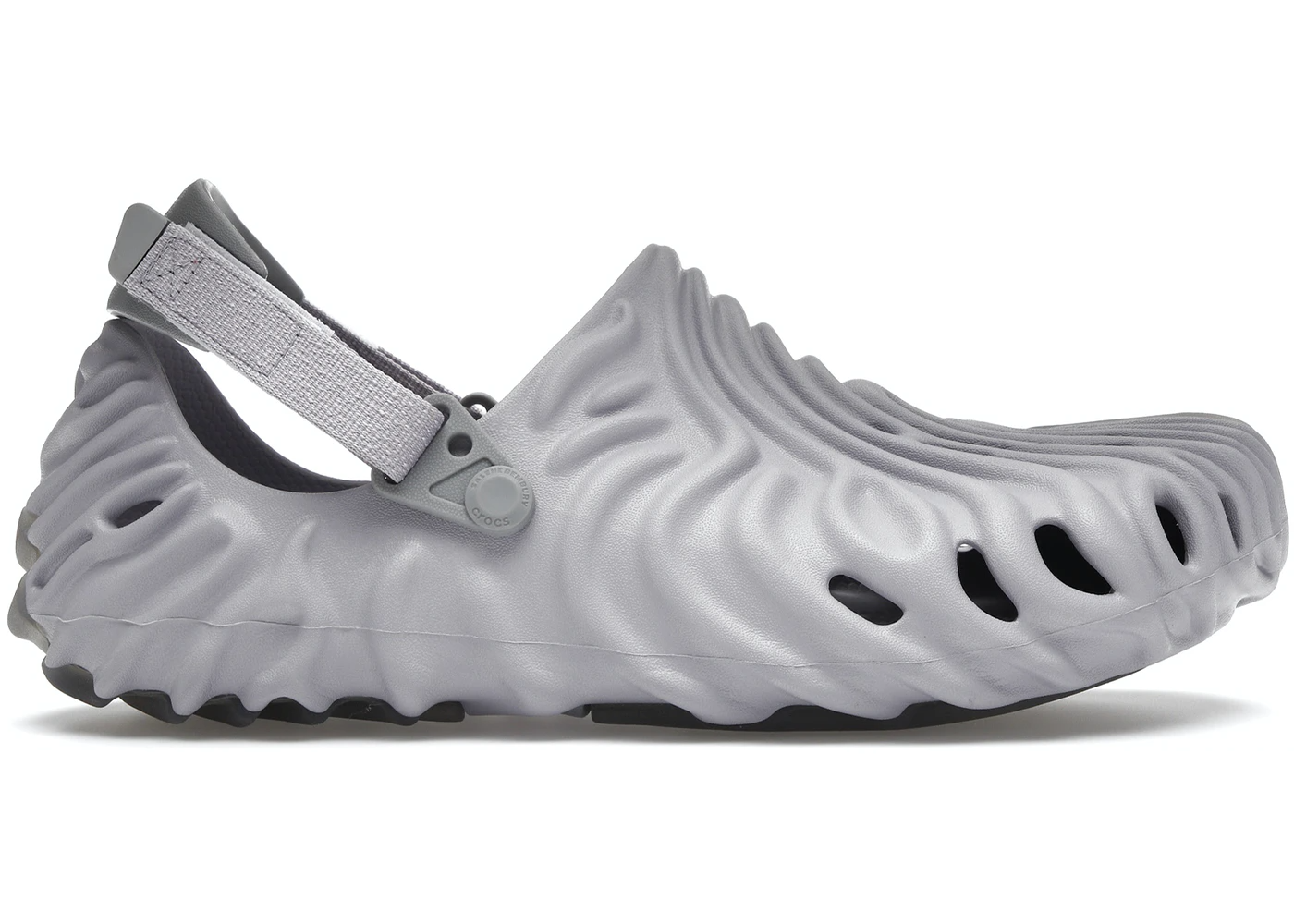 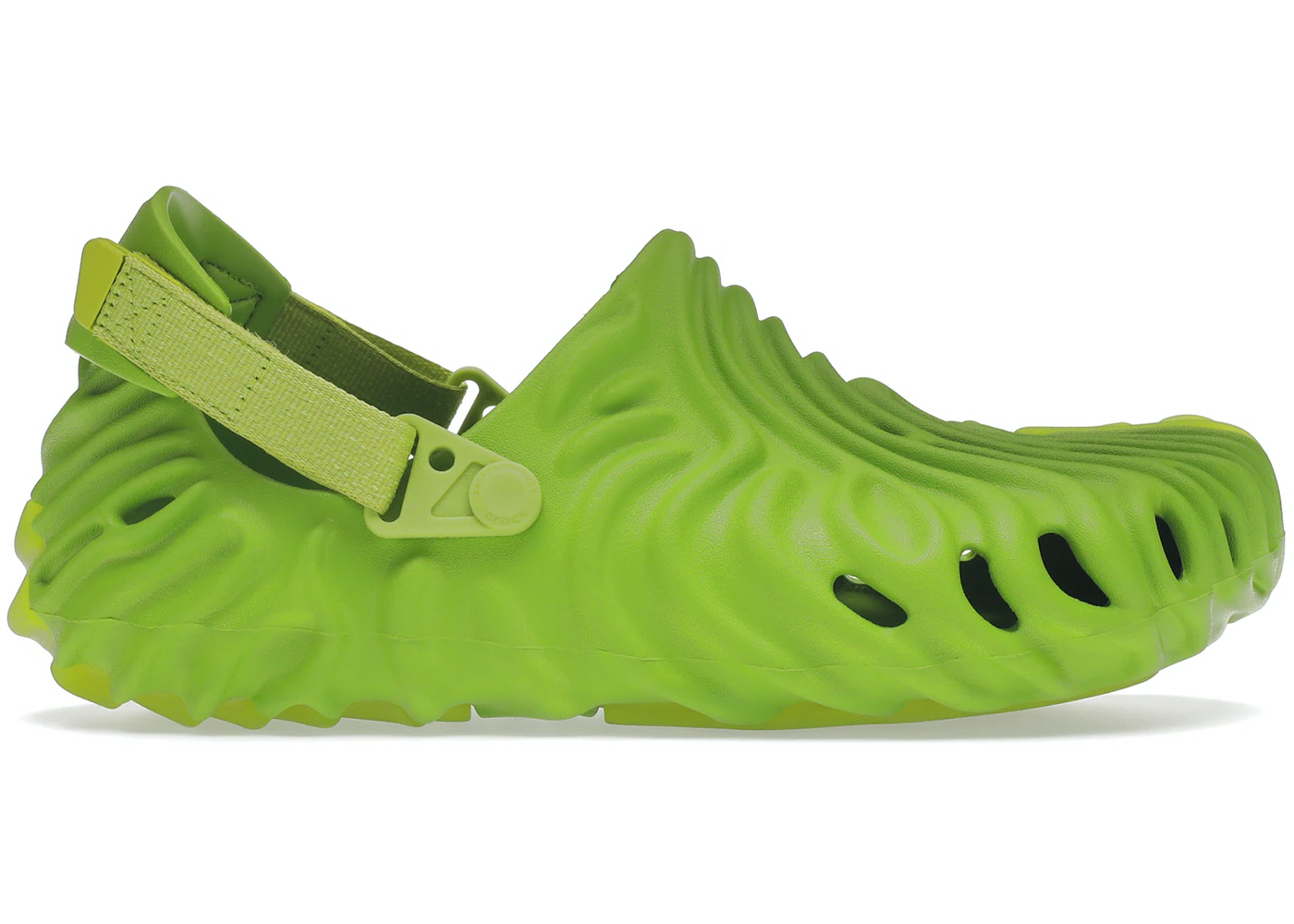 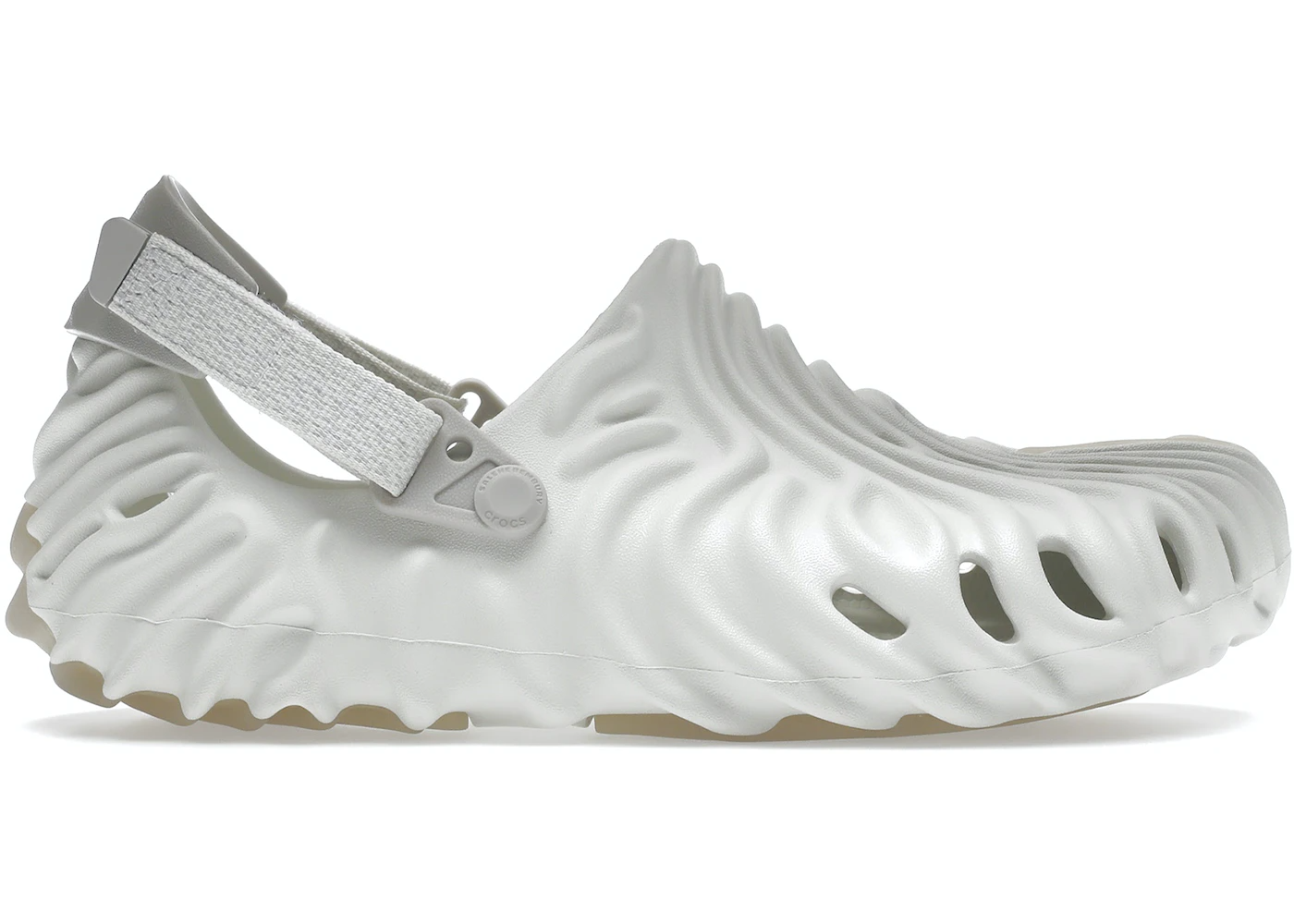 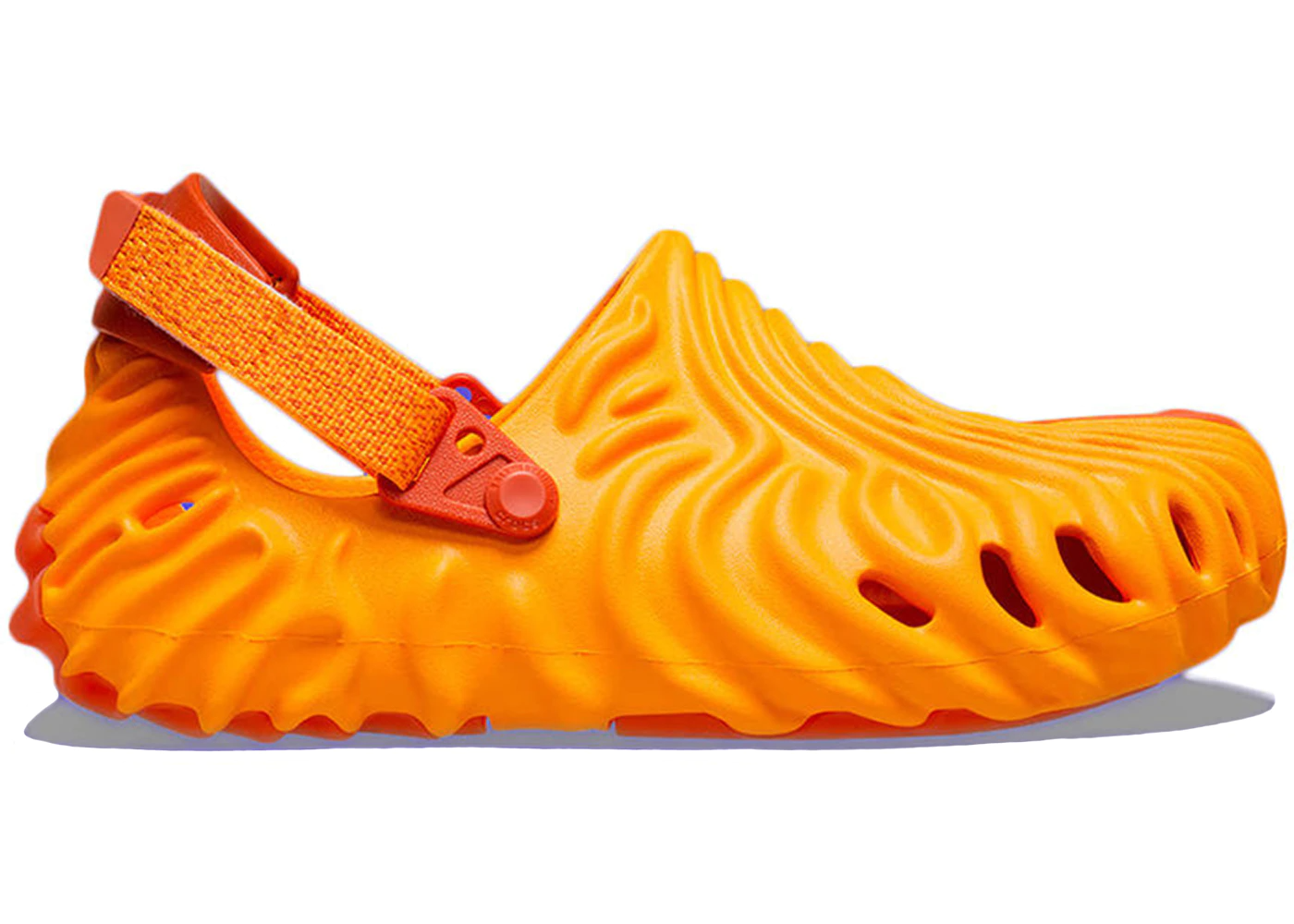 The following Pollex Crocs have been spotted or rumored, but do not have definitive release dates. Rest assured as new information is gathered, these will be updated with the correct and accurate release information. 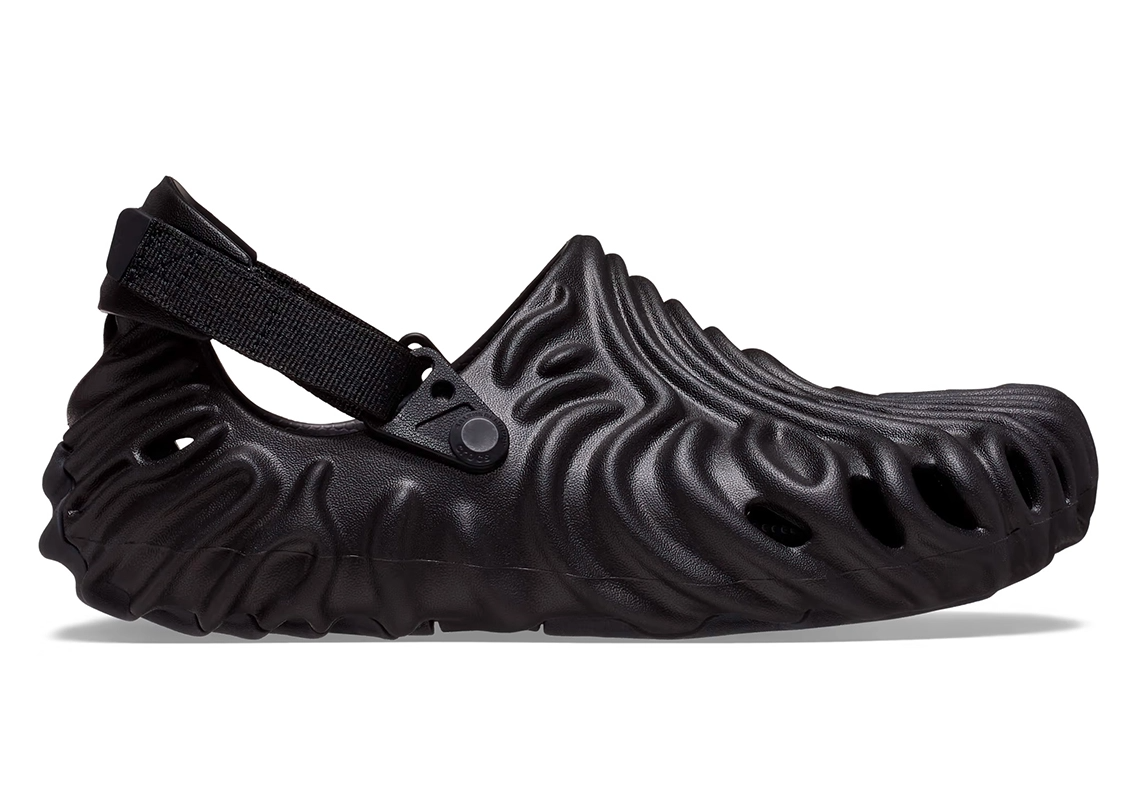 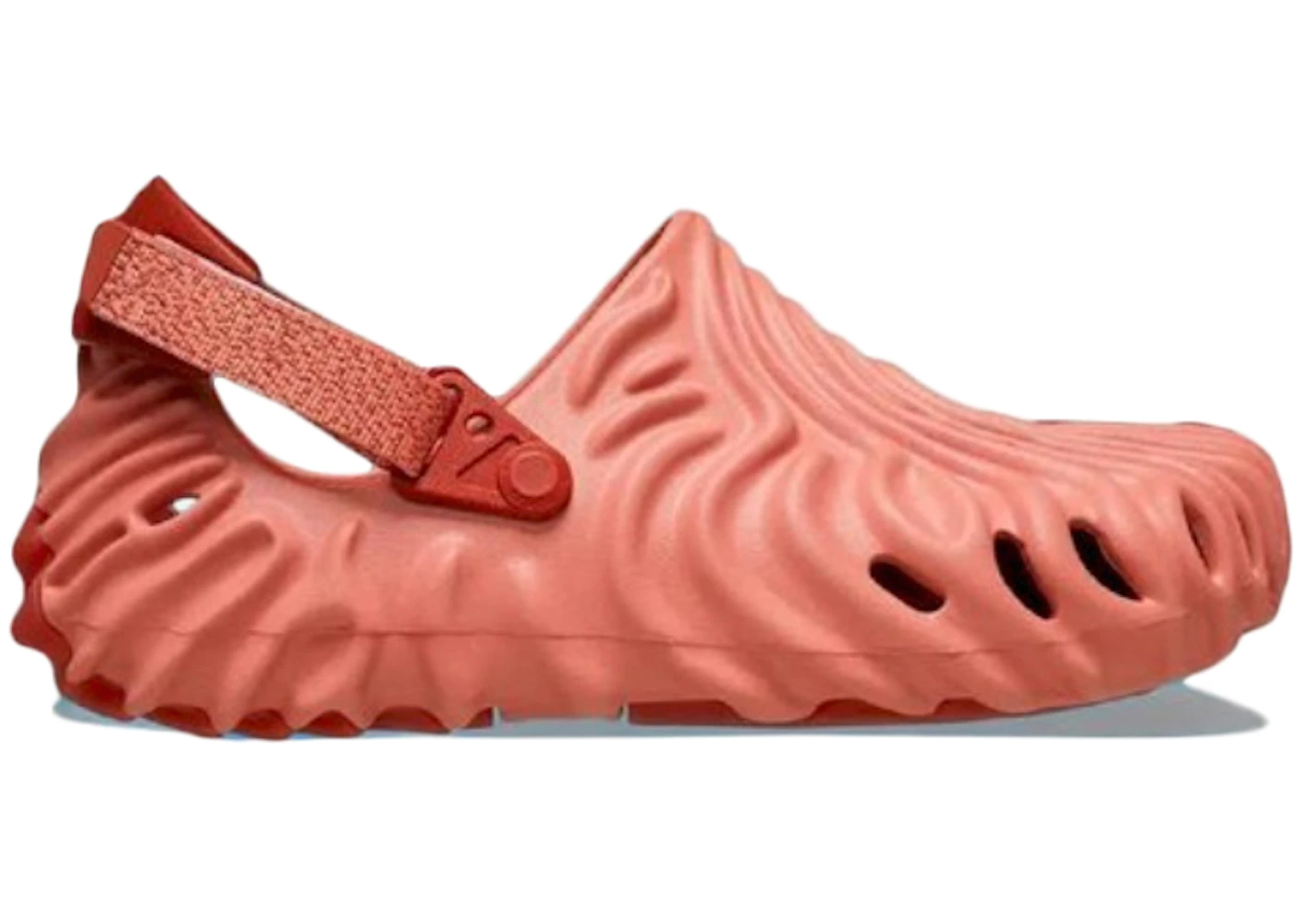 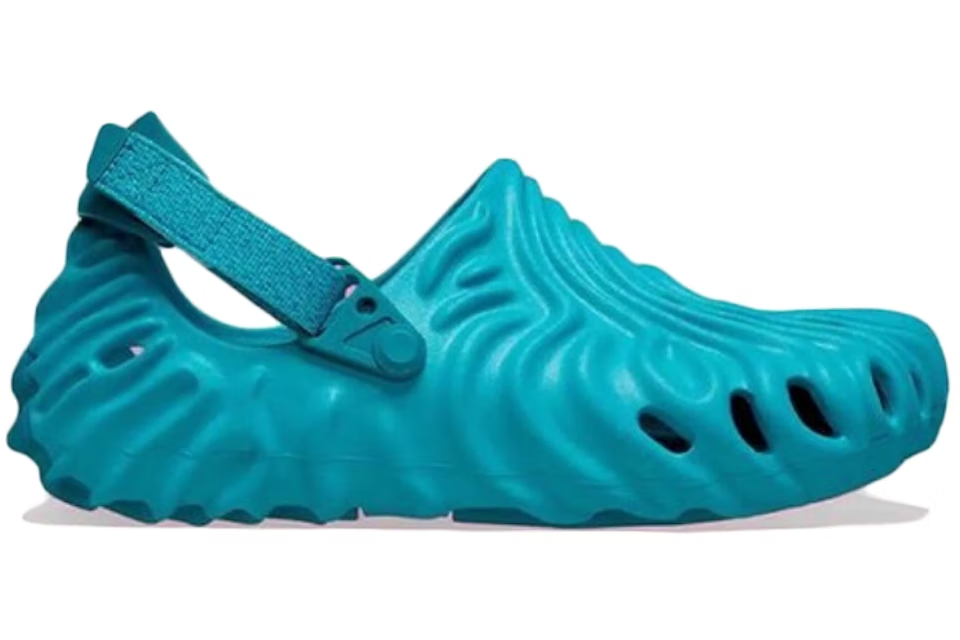 UPDATE 09/08: The Crocs Pollex Clog 'Tide" has been confirmed to release by Salehe Bembury himself. This pair is set to drop on Sep 22 at beaspunge. 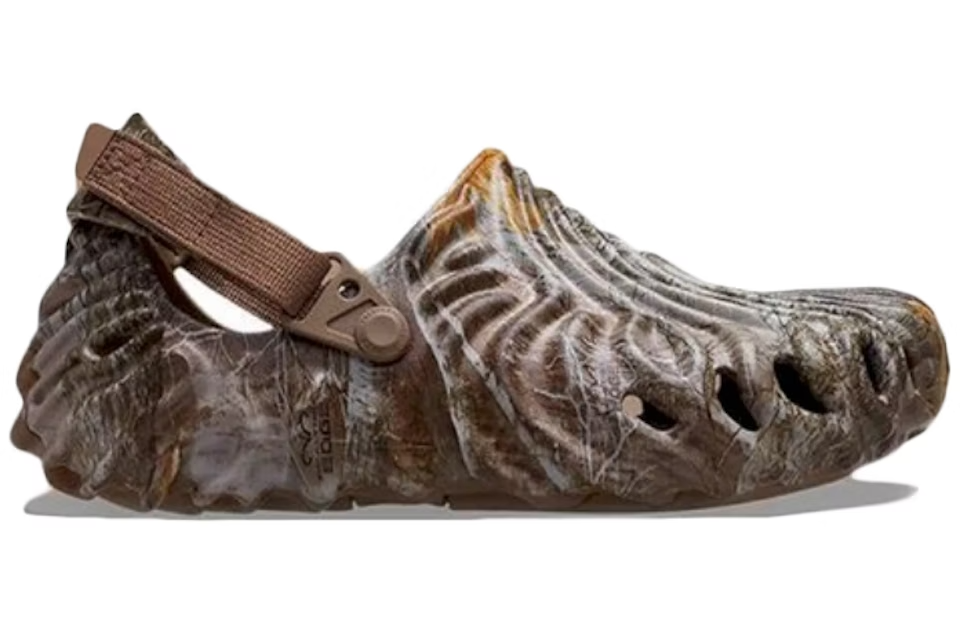 The Pollex Crocs by Salehe Bembury almost always release on two sites, the Crocs official website and Bembury's site, Be A Spunge.

It's important to note that while Bembury uses a first come first serve model, Crocs generally releasees the Pollex Crocs as a raffle!

In order to raise your chances of a manual cop you should have your payment info saved and ready, or try to use a virtual wallet like Apply Pay or Google Pay. Using these methods will immensely speed up the checkout process. Being fast is your best friend when trying to manually buy a pair of the Salehe Bembury Pollex Crocs on release day.

The first two Pollex Crocs drops featured 3 different colorways dropping on the same dates. The most recent release of the Cobbler colorway was a solo release. You can expect a few more colorways of the Pollex Crocs to release in 2022.

How much do Salehe Bembury Crocs Cost?

All pairs of the Salehe Bembury Pollex Crocs retail for $85. However the resale prices are almost more than double at this moment in time. So unless you're willing to shell out $150 plus for a pair, plan on either getting lucky and snagging a pair on release day or you may be forced to take your 'L' and move along!

How do the Pollex Crocs Fit?

Reports are saying that the Pollex Crocs fit large, and because Crocs doesn't do half sizes, your best bet is to size down if you're in between sizes. If you're worried about sizing, hit your local sneaker store to try on a pair of normal Crocs first, this will avoid the pain of snagging the wrong size later on.

How do I get Crocs at Salehe Bembury?

If you're forced to pay resale and miss out on all of the Pollex Crocs drops, you can find the shoes at the following online sneaker marketplaces:

How to Clean Crocs

If you're lucky enough to snag some Pollex Crocs or already own a pair of everyday beater Crocs, understanding how to clean them is a must. RESHOEVN8R has all of the best sneaker care products to keep your Crocs fresh. 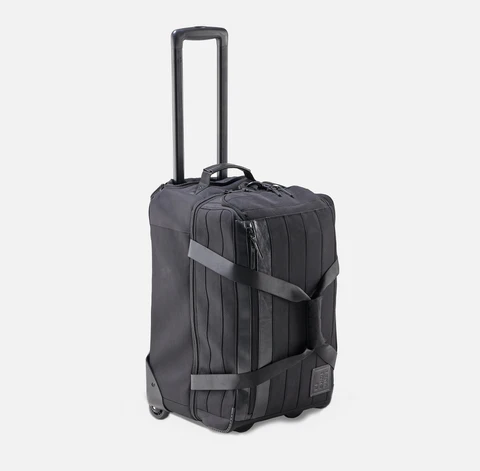