As most members of the sneaker community know, March has been deemed as “Air Max Month”.  At Reshoevn8r, we LOVE all of the Air Max silhouettes and have a goal to create Air Max content all month. If you are looking for more Air Max content check out our other social media platforms. Our Youtube channel will feature Air Max video content all month long! However, we didn’t stop at restorations and Shoe Care Academy cleaning tutorials, we will be releasing a bonus video you won’t want to miss.

We are back with a series of blogs containing our favorite Nike Air Max sneakers of all-time! Today we will be featuring the Nike Air Max 90’s that will include some hype collaborations along with some OG color-ways.

To start out the list, we are starting it out with a banger! Back in 2008, Nike and KAWS collaborated on a pack to bring us the Nike Air Max 90 KAWS. This sneaker came out in the black and also the white colorway. In our opinion, the black version is the better option. This pack was the first Nike x KAWS collaboration. Without these two sneakers, the KAWS Jordan 4 might not have been created. The Air Max 90 features a black sneaker with subtle hints of neon green throughout the sneaker. This is one of the most underrated Nike Air Max 90s to ever release. 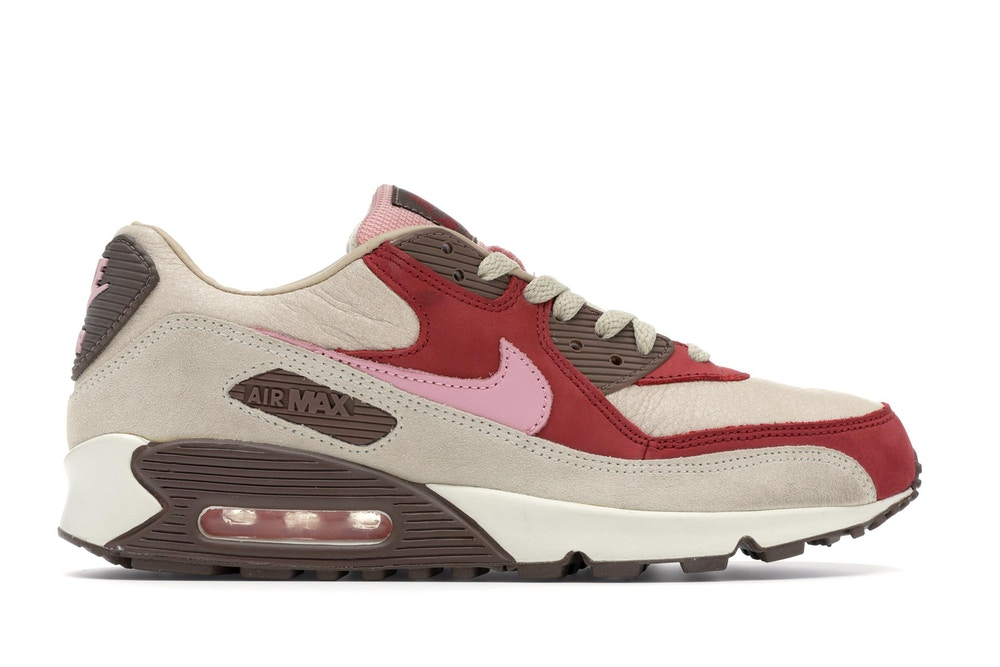 Dave’s Quality Meats is one of the most insane store concepts in sneaker history. If you don’t know what DQM is, it is a boutique in New York City that was created by Dave Ortiz, who was in the meatpacking industry. It has a butcher shop theme that has items from sneakers, hoodies, t-shirts, and many other items to bring your outfits to life. Back in 2004, Nike and DQM collaborated to bring us this Nike Air Max 90 that is inspired by different stages of meat being cooked, hence the bacon colorway. This year is the 30th anniversary of the Nike Air Max 90 being created, so they decided to re-release this sneaker on March 26 which is also Air Max Day.

Off-White and Nike collaborated on the “The Ten” pack which included the Nike Air Max 90, Blazer, Jordan 1, and a bunch of other sneakers. This sneaker released in 2017 and the hype has yet to die down. Virgil Abloh and Nike created three different colorways of this silhouette which included “Black” and “Desert Ore”. Check out our cleaning video on this Off-White Nike Air Max 90 here. 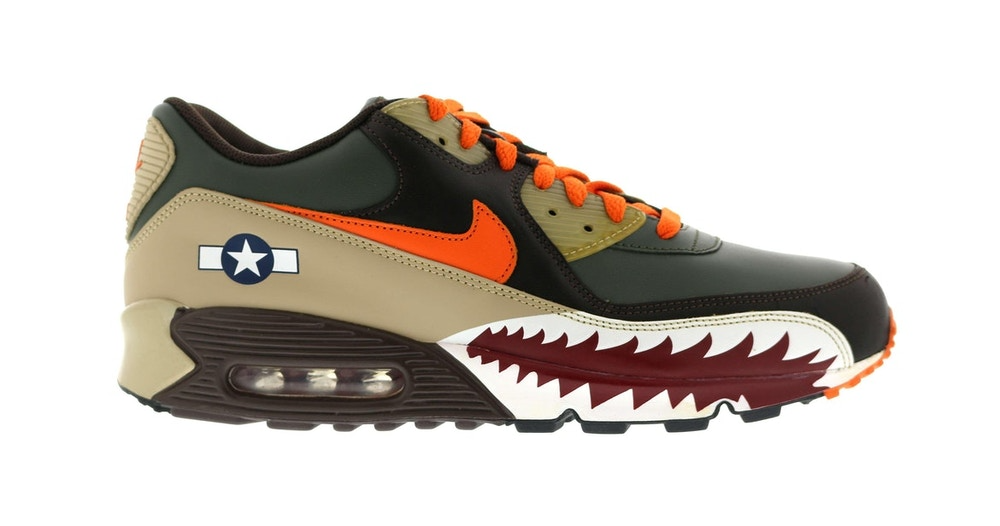 One of the craziest looking sneakers of all-time is the Nike Air Max 90 “Warhawk”. This sneaker originally came out in 2007 as a part of the "Armed Forces Pack". This specific release took inspiration from the P-40 Warhawk fighters that took place in World War II. Right now it is currently reselling for around $3,000 on second market sites. If you are looking to spice up your collection, look no further than the Nike Air Max 90 “Warhawk”. 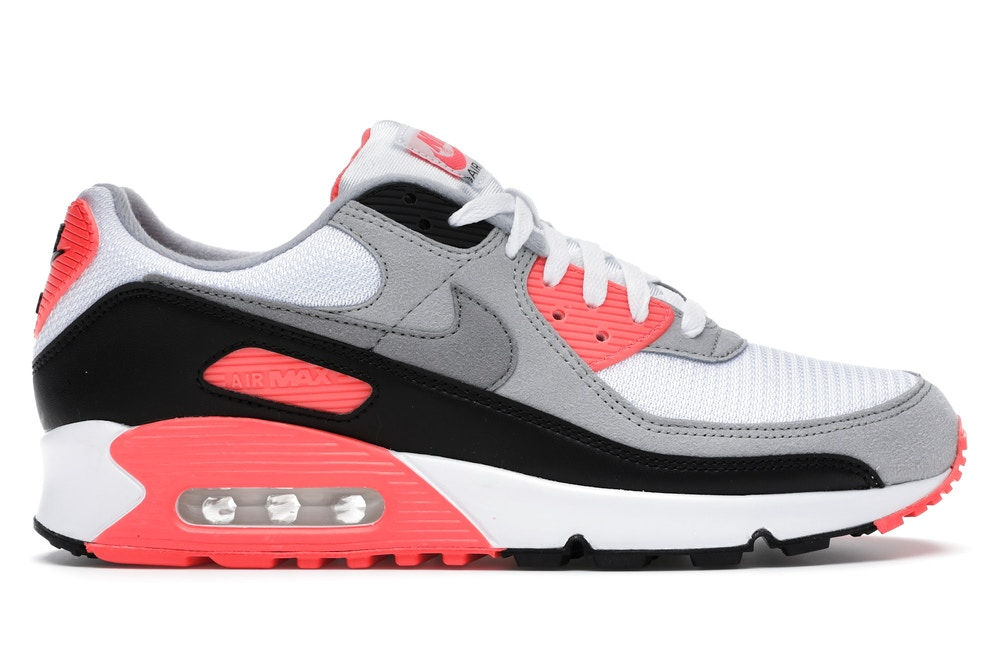 With our number one Nike Air Max 90 of all-time, we are taking it back to where it all started. In 1990, the Infrared colorway was the first Air Max 90 to ever release. Infrared is one of the most iconic Nike colors that they have ever produced and now it is featured on their most popular sneakers. Some would say that this is the sneaker that paved the path for the success of the Nike Air Max line.